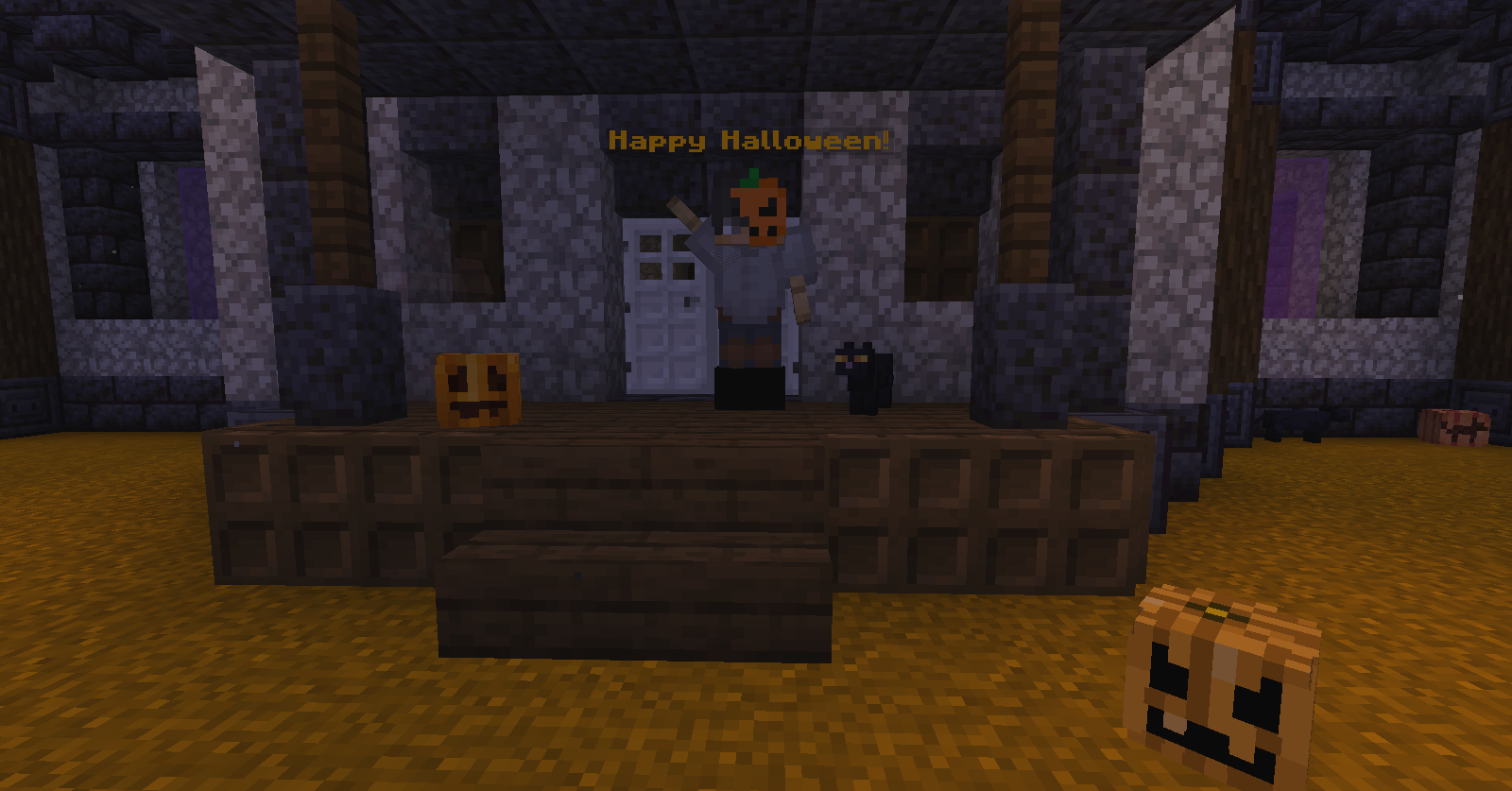 It’s that spooky time of year again, and Halloween is just around the corner. To celebrate this holiday, Vanilla High is hosting it’s first ever event! We hope you all are excited! For this event, trick or treat at houses and get yummy candies or devilish tricks! See up to 10 different treats and 6 tricks. Explore the spooky map built by fellow players from Vanilla High, collect some delicious candy and trade it in for rewards! Get spooked by the monsters of Minecraft and collect their unique items! See if you can find all the changes in the scarily decorated spawn! Wear 1 of 9 trick or treat costumes and baskets! The event will start on October 25th and will last until October 31st. The decorated spawn will appear on October 17th and will last until October 31st.

This week marks the 2nd Anniversary of Vanilla High. Our very first server opened officially on 9th April 2015 on Minecraft 1.8, featuring an amplified terrain. The server was originally made for refugees of another server that went through an abrupt deletion and a switch of gameplay rules. In just a few weeks of opening we obtained an unanticipated popularity and quickly set our foot in the top 10 most populated vanilla servers club. Vanilla High 1.8 ran between April 2015 and February 2016.

March 2016 saw the launch of the next Vanilla High server, running on Minecraft 1.9!  We also moved to a french datacenter for better server-hosting requirements due to occasional attacks on our former server.

Vanilla High 1.9 ran between March 2016 and January 2017, welcoming 19,200 players during its life.  We also got a popularity boost that brought us to being in the Top 5 most-populated Vanilla servers. Both Vanilla High 1.8 and 1.9 are retired worlds but not deleted. They’re occasionally brought up for old players who want a trip down memory lane.

A shulkerbox full of Thank you to all the players, unpaid staff members, financial contributors for making Vanilla High the success that it is today! 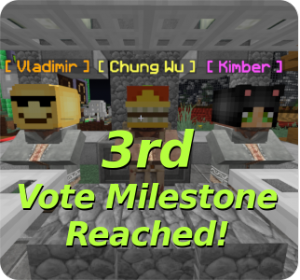 Hello Miners! The 3rd milestone of 5,000 votes has been reached! A huge thanks to all the players who have supported the server, 5 more rotating trades have been unlocked at Kimber! And we have a new Villager at the market, Chung Wu who sells stone-themed alphanumeric heads The next vote milestone will be at 10,000 votes. 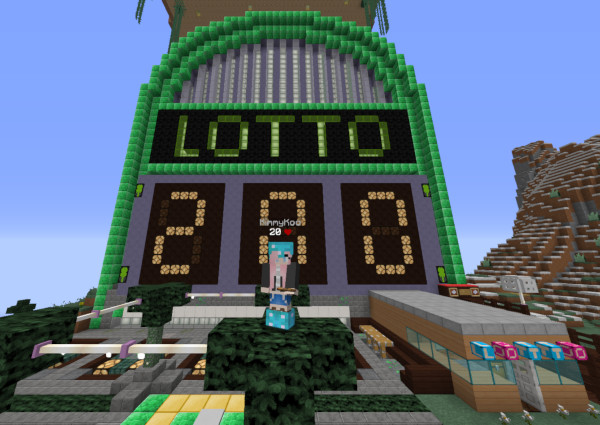 We have the pleasure of announcing the re-opening of the Vanilla High Lotto!

A new version of the Vanilla High Book is out!

There is now a link to both of the voting websites:  Minecraft Server List, and Minecraft MP, a link to view the server rules in a few different languages has also been added.

As a reminder, to receive the new book type “vhguide book” in chat without the quotes.

The 2nd milestone of 2500 votes has been reached! A huge thanks to all the players who have supported the server, 5 more rotating trades have been unlocked! The next vote milestone will be at 5000 votes. 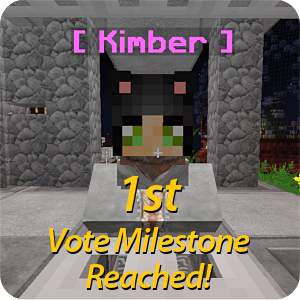 We have reached the first vote milestone of 1000 votes! Thank you everyone who voted! As announced, the first milestone trade is unlocked with THREE total trades among which one will be chosen randomly every day. 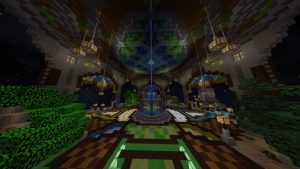 The 3rd Vanilla High map, dubbed Vanilla High 3.0 has been launched January 20th 2017. Welcome all players to a fresh new start for everyone! The adventure will be treacherous, deaths multiple but the rewards are plenty!